Change the date! Balance of power celebrations rescheduled for February!

Change the date! - Balance of power celebrations rescheduled for February. Your ticket refund is on its way

As you may already know, celebrations to mark the 10th anniversary of the Greens holding the balance of power in the ACT are being rescheduled to early next year - so as many members, former MLAs and staff as possible can attend and enjoy the night.

If you have already paid for your ticket for the get together planned for next Friday (9 November) I want to let you know we’ve now processed your refund.

Over the past 10 years by holding the balance of power we've delivered so much for the community and a sustainable future for Canberra.

And we couldn't have done it without you!

So please keep an eye out for the NEW DATE TO CELEBRATE in our Members’ Bulletin and Facebook pages - so we can celebrate all of these achievements together and look to the future - a future for all of us.

Yours with pride in our achievements. 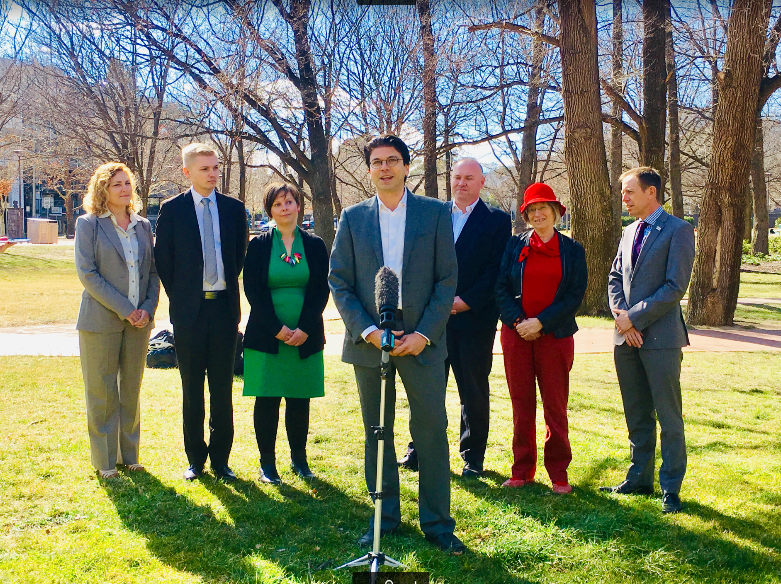 We've shown the world we can share power and achieve significant positive change for our community. Imagine the impact we could have in the future if we get Tim Hollo and Dr Penny Kyburz elected to the house on the hill and more MLAs elected to the Assembly in 2020.

In the ACT, we know that electing Greens delivers progressive social change and bold climate action.

Campaigning to elect Greens is the most powerful thing we can do together and the contributions of our members, volunteers and supporters will be essential.

If you have any items or experiences you’d like to donate for us to auction for the campaign fund please email Josh at campaign@act.greens.org.au.

Please help us and let your friends, colleagues and followers know about our page: Change the date! Balance of power celebrations rescheduled for February!

You can also share the below link in an email or on your website.
https://contact-act.greens.org.au/civicrm/event/info?id=4809&reset=1
empowered by
CiviCRM